Bernadette Knauder: Girls' Lives in an Era of Children's Rights

Though life for the girl child is improving, girls are still more likely to experience discrimination and, as a consequence, are often outpaced by boys in all spheres of life. They are subjected to horrible practices such as female genital mutilation, infanticide, child marriage, sexual exploitation and abuse. The girl child was also one of the 12 critical areas of concern raised in the Beijing Declaration and Platform for Action.

This talk addresses the evolution of children's rights and the principles and underpinnings of the UN Convention on the Rights of the Child and discusses existing international initiatives that identify grave and systematic violations against children during armed conflict. To better understand the gender dimensions, the talk touches upon the experiences of children during armed conflicts, noting gendered patterns to the grave rights violations committed against them.

Bernadette Knauder, E.MA MMag.phil., has worked internationally as researcher and trainer at the nexus of human rights, peace, and development for the German Development Cooperation (GIZ), the European Fundamental Rights Agency (FRA), and the Austrian Study Centre for Peace and Conflict Resolution (ASPR). She has designed and implemented training courses for various target audiences on civilian aspects of peacekeeping and peacebuilding. In 2016, Bernadette joined the European Training and Research Centre for Human Rights and Democracy (UNI-ETC) at the University of Graz where she is engaged in various research and educational projects and writes her PhD on the protection of children in armed conflicts. She holds Master’s degrees in Political Science and Communication Science from the University of Vienna and a European Master’s Degree in human rights and democratization from European Inter-University Centre for Human Rights and Democratisation (EIUC) Venice. 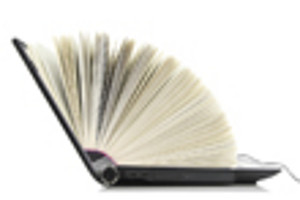