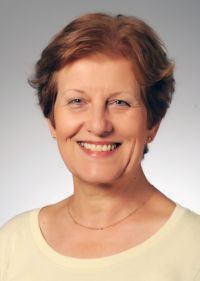 Brigitte Holzner, Austrian, has a Ph.D. in Psychology and an M.A. in Development Studies with the specialization in Women & Development. She has lived for 20 years in the Netherlands, teaching and researching there at several universities, lastly at the Institute of Social Studies, The Hague. At the ISS she taught courses in the Women, Gender, Development MA programme, was its Convenor, and also chaired the Master's Coordination Committee.  She worked six years in Indonesia (Sulawesi, East Java); apart from tasks in development policy and practice, she coordinated a cooperative social-science teaching and research project at Brawijaya University, Malang, in cooperation with Leiden University, Netherlands.

From 2004 onwards she was in charge of the gender programme of the Austrian Development Agency. In this function, she was member of the Gender Network of the Development Assistance Committee at the OECD, the group of Gender Experts at the European Union, and Austrian Task forces to combat human trafficking and concerning the UN Security Council Resolutions about Women, Peace and Security. 2010-2012 she worked as gender advisor of the Rule of Law Mission EULEX in Kosovo. As free-lance consultant she taught the MA courses 'Politics of Development' and 'Politics of Gender' at Webster University, a course on conflict transformation at the European Peace University and gave trainings on gender equality peace building for the Austrian Study Centre for Peace and Conflict Resolution, for the Centre for  International Peace Operations (Berlin),  the Centre for European Perspective (Ljubljana)  and Swisspeace/University of Basel. For Uni Graz, she held in 2018 the MA online-course "Gender Governanz and Gender Mainstreaming" and in 2019 the MA online-course "Gender, Conflict and Peacebuilding".

For several years she volunteered as Chair of the international network WIDE (Women in Development Europe) and currently chairs TAMAR, a counselling centre for victims of sexual violence in Vienna. Since January 2017 she is Secretary of the Austrian-Indonesian Society.